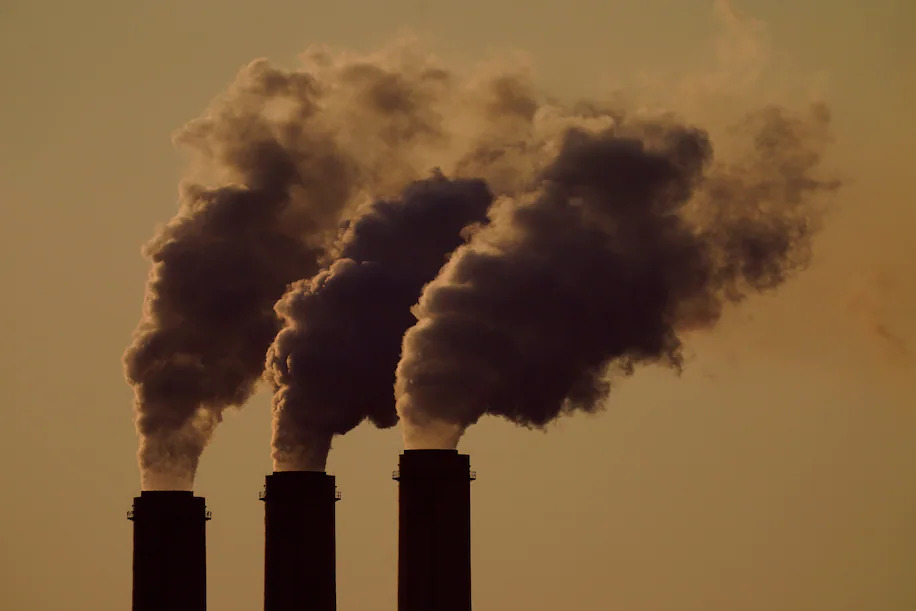 Research has shown that being unvaccinated raises a person’s risk of becoming infected with the coronavirus, while being older, overweight or immunocompromised can increase the severity of the disease. Now scientists think there is another risk factor that may increase the likelihood of contracting the coronavirus and the possibility that it will lead to a poor outcome: exposure to air pollution.

A growing body of evidence suggests links between breathing polluted air and the chances of being infected by the coronavirus, developing a severe illness or dying of covid-19. While many of these studies focused on long-term exposure to air pollution, experts say there is also building evidence that even short-term exposures may have negative effects.

A recent study of 425 younger adults in Sweden found that brief exposures were “associated with increased risk of SARS-CoV-2 infection despite relatively low levels of air pollution exposure,” according to the paper published in April. Unlike many other studies that analyzed vulnerable populations, such as the elderly or young children, and tracked the effects of long-term exposures on hospitalizations and deaths, the median age of participants, who largely reported mild to moderate symptoms, which was about 25 years old .

Related video: What we know about long COVID, two years into the pandemic

The findings will hopefully raise awareness “that actually these kind of exposures can be harmful for everyone,” said Erik Melén, the study’s principal investigator and a professor in the department of clinical sciences and education at the Karolinska Institutet in Sweden.

Zhebin Yu, the study’s lead author and a researcher with the Karolinska Institutet, noted that the research was based on unvaccinated people during an earlier phase of the pandemic. So the results, he said, may not be applicable to more recent coronavirus variants, such as omicron, and vaccinated individuals.

The findings, however, add to the understanding that when it comes to health effects, including covid risk, “there is no safe limit or safe threshold of air pollution,” said Olena Gruzieva, an associate professor at the Karolinska Institutet who worked on the study.

Scientists are still trying to determine how air pollution exposure might be increasing covid risks. But there are some theories.

Exposure to pollutants, for example, is linked to inflammation and an imbalance in the body known as oxidative stress – both of which could exaggerate a person’s response to any virus, including the coronavirus, said Meredith McCormack, a volunteer medical spokesperson with the American Lung association.

Another theory suggests that breathing polluted air might help the virus penetrate deeper into the body or cells, added McCormack, who is an associate professor of medicine at Johns Hopkins. Pollution can also impair the immune response.

The pollution exposures documented in many of the studies that have shown an impact on covid are generally below current regulatory standards set by the Environmental Protection Agency, said Alison Lee. Lee is a lung specialist at Mount Sinai in New York who has published research on air pollution and covid.

It’s critical, McCormack and other experts said, for people to protect themselves on poorer air-quality days and for individuals and governments to work toward reducing air pollution.

“The transition toward a green economy with green renewable energy resources will really further protect both the environment and public health, and it’s also very closely related to the climate change crisis,” said Donghai Liang, an assistant professor of environmental health and epidemiology at Emory University.

Concerns about air pollution exposure and covid have existed since the early months of the pandemic. A study from Harvard University that analyzed coronavirus data from counties in the United States up to June 2020 found that “a small increase in long-term exposure” to fine particulate matter – one of the most insidious types of air pollution – “leads to a large increase in the covid-19 death rate.”

Another study of US county-level data from the first few months of the pandemic reported that chronic exposure to nitrogen dioxide (NO2), an air pollutant that comes from traffic and power plants, was associated with significant increases in covid fatality and mortality rates.

“If we did a better job earlier, if we could have reduced long-term exposure to NO2 by 10 percent, it would have avoided more than 14,000 deaths among those people who tested positive for the virus back in July 2020,” said Liang, the study’s lead author.

Researchers and outside experts noted that such observational population-based studies cannot account for individual risk factors that may affect a person’s chances of becoming severely sick or dying after contracting the coronavirus.

A “more rigorous approach” is to follow individuals over a period of time and track who becomes infected with the virus, and then who develops severe covid symptoms, requires hospitalization or dies, said Kai Chen, an assistant professor at the Yale School of Public Health and director of research at the Yale Center on Climate Change and Health.

He and other experts called for further research to clear up some key questions.

“There’s still some uncertainty in the magnitude of the risk,” McCormack said. “For a given increase in air pollution on a given day, does that increase your risk of getting covid by 1 percent or 5 percent, more than 5 percent? Those estimates are still being refined.”

Researchers also need to determine exactly what may be influencing a person’s risk of contracting the coronavirus and the severity of infection, said Chen, who published a study showing that certain meteorological factors, such as humidity, could affect the virus’s ability to spread. If a major confounding variable isn’t controlled for in a study’s statistical analysis, it could lead to overestimating the effect of air pollution, he said.

Additionally, research should continue into the potential harms of short-term exposure, Lee said. “It’s important to see the short-term data because these data fill a critical data gap and thus have policy implications.”

Because long-term data averages exposures over longer periods of time it “can hide spikes in exposure,” Lee said. Lower-income communities and people of color, many of whom tend to live closer to sources of air pollution, are often disproportionately affected by such spikes. “By strengthening both long-term and short-term air quality standards and placing more regulatory monitors near these exposure hot spots, we can better improve health in environmental justice communities,” she said.

Whether increased exposure to pollutants is responsible for pandemic-related health disparities in these communities, which have been hit harder by the coronavirus, is unclear, McCormack said. “We haven’t had a study yet that disentangles all of the factors,” she said, “but we definitely know that by quantifying the effect of air pollution on covid infection, we have evidence that that’s one of the driving forces that likely contributes to the differences we’ve seen – but it’s one of several.”

Experts said they hope the findings connecting air quality and covid will help push the issue of air pollution’s toll on our health to the forefront of public consciousness.

“Air pollution is like a silent pandemic,” Chen said. While pollution’s impact on the environment is well-known, fewer people might be aware that outdoor and indoor air pollution exposure causes an estimated 7 million premature deaths worldwide each year, and is associated with lung and heart disease, among other serious health issues.

The coronavirus pandemic, however, “has really heightened awareness of the importance of clean air,” McCormack said.

Lee agreed. “The overarching takeaway from all of these studies is that air pollution is bad and that we really need to fight for more protective air quality standards,” she said.

Her sister was killed at Oxford High. She refuses to let the school move on.

Lyle Lovett on fatherhood, fame and his first album in a decade

No comments to show.